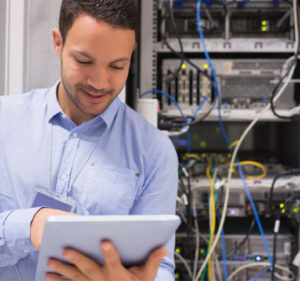 High impact security breaches are occurring rampantly, and the number of victims is increasing exponentially.

Ongoing testing and assessment of security vulnerabilities is important as data breaches become more and more prevalent. Evaluating risks and being prepared to diagnose, prevent, and react to threats as they occur enhances your company’s security position and maintains business efficiency and continuity. Network penetration testing services and vulnerability assessments pinpoint and prioritize security risks so a remediation plan can be put in place right away.

Penetration testing (also referred to as pen-testing) goes beyond exposing security vulnerabilities, it proactively exploits them. Sanapptx penetration testing (also referred to as ethical hacking or an authorized simulated cyber-attack) is intended to test the security of a company’s internal network. Pen-testing is an intrusive scan that identifies any risk that data could be impacted with regard to its availability, confidentiality or integrity.

During a penetration test, one of our security specialists will replicate a real-world intrusion attempt to secure a certain pre-planned object. For example, the goal may be accessing private company information through stolen login or other user credentials. Penetration tests may focus on cybersecurity exclusively, or a more expansive approach including the cloud, network, systems, wireless and more.

The pen test report will include a list of exposures that exist in operating systems, applications, network configurations, end-user management etc. The allows for prioritization of critical and high vulnerabilities as they have the greatest exposure risk.

The frequency of penetration testing may be based on a company’s compliance standards. As a general rule of thumb, a pen test should be completed at least once per calendar year. It takes ongoing vigilance to keep your organization safe as updates, security patches and user behavior can always present more risks.

Sanapptx, headquartered in Dallas, TX, has become a trusted penetration testing service provider for companies across the United States.